“Strutting, macho rock textures with assured female lead vocals…it’s the music that matters, and for those who Just Wanna Rock, The Shrike might just be the ticket. There are enough solo bits to satisfy the air-guitar-wielding listener, and the snaky riffs will stick in your head long after the disc finishes its spin.” 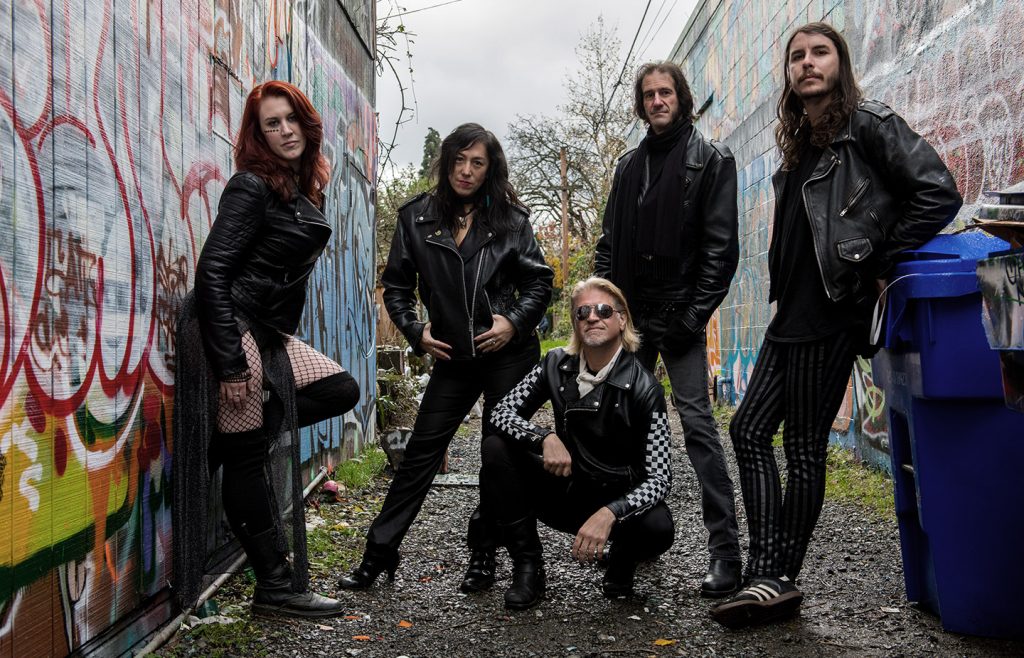 The Shrike is a female-fronted alternative rock band formed in 2013. Their distinctive rock sound combines elements of numerous genres, creating a classic sound all their own. Modern flourishes and song arrangements pull the listener in, forming a dynamic sound filled with moments of light and dark.

The music embraces the energy and style of rock bands of the 70s and 80s (Led Zeppelin, Aerosmith, Heart and Pat Benatar), then blends in more contemporary styles in realms akin to Alice In Chains and Porcupine Tree.

The Shrike has performed all around Portland at premier venues such as Roseland Theater and Dante’s, as well as many rock clubs a la Hawthorne Theater, Tonic Lounge, and Ash Street Saloon. They performed at the Portland Pride event five years in a row, and also competed in Revolver Magazine’s Hottest Chicks in Hard Rock Battle of the Bands. They have been part of the Grrrlz Rock Music Festival since 2016, and performed at Shift Festival in 2017 and 2018.

They have also opened for international acts including The Slants, Zepparella, Jennifer Batten, Green Jelly, and Jennie Vee.

Recording at Opal Studios in Portland, they released their eponymous debut album in April of 2015 and embarked on a 7-state mini-tour of the NW to support it. In 2016 they recorded their follow up EP titled Chase the Sun, and embarked on a tour to support that release.

With the addition of a second guitarist in 2018, they just completed their Our Time Tour 2018 and are currently writing new music for their next release.